Some practitioners claim it is a cure-all, but the research suggests chiropractic therapy has mixed results – and can even be lethal, says Simon Singh.

On 29th July a number of magazines and websites are going to be publishing Simon Singh’s Guardian article on chiropractic from April 2008, with the part the BCA sued him for removed.

They are reprinting it, following the lead of Wilson da Silva at COSMOS magazine, because they think the public should have access to the evidence and the arguments in it that were lost when the Guardian withdrew the article after the British Chiropractic Association sued for libel.

We want as many people as possible around the world to print it or put it live on the internet at the same time to make an interesting story and prove that threatening libel or bringing a libel case against a science writer won’t necessarily shut down the debate.

You might be surprised to know that the founder of chiropractic therapy, Daniel David Palmer, wrote that “99% of all diseases are caused by displaced vertebrae”. In the 1860s, Palmer began to develop his theory that the spine was involved in almost every illness because the spinal cord connects the brain to the rest of the body. Therefore any misalignment could cause a problem in distant parts of the body.

In fact, Palmer’s first chiropractic intervention supposedly cured a man who had been profoundly deaf for 17 years. His second treatment was equally strange, because he claimed that he treated a patient with heart trouble by correcting a displaced vertebra.

You might think that modern chiropractors restrict themselves to treating back problems, but in fact some still possess quite wacky ideas. The fundamentalists argue that they can cure anything, including helping treat children with colic, sleeping and feeding problems, frequent ear infections, asthma and prolonged crying – even though there is not a jot of evidence.

I can confidently label these assertions as utter nonsense because I have co-authored a book about alternative medicine with the world’s first professor of complementary medicine, Edzard Ernst. He learned chiropractic techniques himself and used them as a doctor. This is when he began to see the need for some critical evaluation. Among other projects, he examined the evidence from 70 trials exploring the benefits of chiropractic therapy in conditions unrelated to the back. He found no evidence to suggest that chiropractors could treat any such conditions.

But what about chiropractic in the context of treating back problems? Manipulating the spine can cure some problems, but results are mixed. To be fair, conventional approaches, such as physiotherapy, also struggle to treat back problems with any consistency. Nevertheless, conventional therapy is still preferable because of the serious dangers associated with chiropractic.

In 2001, a systematic review of five studies revealed that roughly half of all chiropractic patients experience temporary adverse effects, such as pain, numbness, stiffness, dizziness and headaches. These are relatively minor effects, but the frequency is very high, and this has to be weighed against the limited benefit offered by chiropractors.

More worryingly, the hallmark technique of the chiropractor, known as high-velocity, low-amplitude thrust, carries much more significant risks. This involves pushing joints beyond their natural range of motion by applying a short, sharp force. Although this is a safe procedure for most patients, others can suffer dislocations and fractures.

Laurie Mathiason was a 20-year-old Canadian waitress who visited a chiropractor 21 times between 1997 and 1998 to relieve her low-back pain. On her penultimate visit she complained of stiffness in her neck. That evening she began dropping plates at the restaurant, so she returned to the chiropractor. As the chiropractor manipulated her neck, Mathiason began to cry, her eyes started to roll, she foamed at the mouth and her body began to convulse. She was rushed to hospital, slipped into a coma and died three days later. At the inquest, the coroner declared: “Laurie died of a ruptured vertebral artery, which occurred in association with a chiropractic manipulation of the neck.”

This case is not unique. In Canada alone there have been several other women who have died after receiving chiropractic therapy, and Edzard Ernst has identified about 700 cases of serious complications among the medical literature. This should be a major concern for health officials, particularly as under-reporting will mean that the actual number of cases is much higher.

If spinal manipulation were a drug with such serious adverse effects and so little demonstrable benefit, then it would almost certainly have been taken off the market.

Celebrating Apollo 11 at the Emmaus Library

JULY 20, 1969
APOLLO 11
FIRST MOON LANDING
CELEBRATE FORTY YEARS
OF THIS INCREDIBLE ACHIEVEMENT
July 20, 2009 7pm at the Emmaus Public Library
Learn about the fragile four-legged spacecraft that landed, the three astronauts who were on this mission, what they collected to take back to earth and what they left behind. Lunar enthusiast Mark Tillotson will discuss the lunar landing with a multimedia presentation, including footage of the actual lunar surface activities.
All ages are welcome. Please call the library (610-965-9284) to register. Light refreshments will be served.
Posted by Lunar Mark at 1:32 PM No comments:

You Can Help AAVSO!

Ever wanted to subscribe to Sky & Telescope? Need to renew? I recently received a special promotion just for you (my readers) and would like to pass it on. The picture below will lead you to a page where you can subscribe for 47% off. Also, $5.00 of your purchase goes straight to the American Asociation of Variable Star Observers (AAVSO). 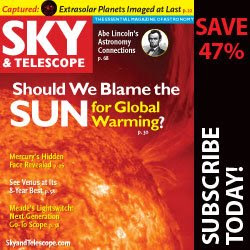 So help yourself and AAVSO today!

NOTE: I receive NO compensation, monetary or otherwise, for the posting of this link.
In order to help the AAVSO I followed the lead of the Visual Astronomy blog in posting this offer from Sky & Telescope.
Posted by Lunar Mark at 10:14 PM No comments:

The last astronomy presentation at the library had a great turn-out so I scheduled more!
Here is the info for the next one:
The Power of Telescopes

In celebration of the International Year of Astronomy 2009 a presentation about the The Power of Telescopes will be given by Mark Tillotson. A hands-on demonstration of how a telescope works will be presented along with a discussion of the different types of telescopes in use today and the pictures they produce.
The event is on Monday, April 6, 2009 at the Emmaus Public Library at 7 pm. If the skies are clear, I will set up a telescope after the presentation.

Posted by Lunar Mark at 4:47 PM No comments:

Fly Me to the Moon

This seems to have become my theme song:
This is a great version. Frank dedicates it to the Apollo astronauts who landed on the Moon.
Posted by Lunar Mark at 11:41 AM 3 comments:

Shoot for the Stars 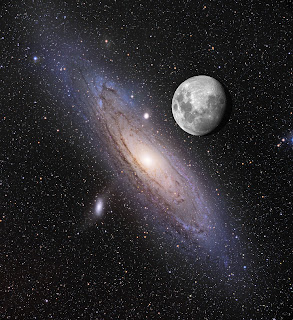 Image: Caelum Observatory
“Shoot for the moon and if you miss you will still be among the stars.”
- Les Brown
Posted by Lunar Mark at 2:46 PM 1 comment:

Kanawha and A Landlocked Virginia 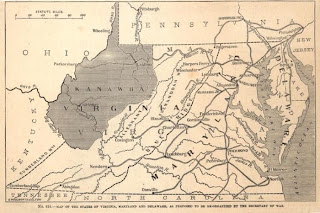 West Virginia is the state that seceded where others failed. When in 1861 the South broke away from the US to form the Confederacy, the Mountain State in its turn left Virginia to remain within the Union. The electoral process by which it did this was highly irregular, and its accession to the Union could be considered illegal and unconstitutional. But in wartime, legal niceties count for less than tactical advantage, and West Virginia became a full-fledged member of the United States in 1863. The wrangling about West Virginia’s secession stopped only in 1939, when it paid the final installment of its share of the pre-Civil War state debt to Virginia.

In this map Virginia is just a narrow strip along the Blue Ridge Mountains. Read the whole story at Strange Maps.
Posted by Lunar Mark at 12:32 AM 2 comments: